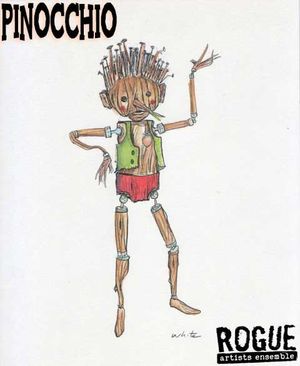 October 7, 2012 - About a year ago, I joined a collective of multi-disciplinary visionaries called the Rogue Artists Ensemble. They are a Los Angeles-based theater company responsible for some of the most innovative stage productions I have ever seen. I composed music for their critically-acclaimed GOGOL PROJECT in 2009 and was awarded an Ovation Honor for my music by the Los Angeles Stage Alliance.

For over 10 years now, the Rogue Artists Ensemble have been quietly in development of an amazing project that will finally see the light of day in the Fall of 2013: PINOCCHIO, as only the Rogue's could imagine it. I am very excited to announce that I will be composing the score and all the original songs for this show.

Based on the original text by Carlo Collodi, it is safe to say that this will not be anything like Walt Disney's much beloved animated film from 1940. The Rogue's Pinocchio will finally shed light on the real story of the wooden boy and create an adult-minded retelling of this tale of lust, desire, death, birth, madness and ultimately hope. If you always wanted to see the Cricket die, the Blue Fairy as the Angel of Death, and Pinocchio get hung by the neck, then you need to support this project!

This is a plea. We need to raise $20,000 by October 21st in order to make Pinocchio happen. Please take 3 minutes to watch our kickstarter video, make a tax-deductible contribution, and then help spread the word! 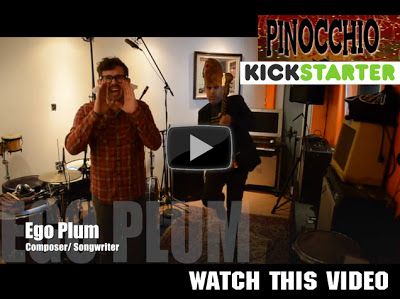 We are 1/3 of the way there and have 2 weeks left on this campaign. By supporting Pinocchio, you'll receive amazing rewards, including: original artwork, A sneak preview from the original Pinocchio soundtrack, tickets to Disneyland with a guided tour by the Rogue's Artistic Director Sean Cawelti, an actual Pinocchio puppet, original artwork, custom masks, the complete soundtrack to Pinocchio before it's released to the public, and chance to have me perform the music of Pinocchio in your living room!

Please get to the Kickstarter page now and support this amazing project:
http://www.kickstarter.com/projects/626734684/rogue-artists-ensembles-pinocchio?ref=live

Additional information about me:
http://www.egoplum.com